Originally produced in Ojai, CA, in December 2009, our musical adaptation of Charles Dickens’ A Christmas Carol is designed to be easily and economically mounted.  We provide everything you need: master script, score, vocal parts, and sound effects.

It is orchestrated for three players (piano, violin and cello).

Sets should be suggested not realized (e.g., two desks and two chairs for the office of Scrooge and Marley…a revolving armchair or bed, a coat rack, and a reversible door frame for Scrooge’s house…a dining table and chairs for the Cratchit home, etc.).

Scene transitions and set changes should be lighting-driven.

Costumes should be era-accurate but not elaborate.

Although an intermission is indicated, the running time of the show is about an hour and forty minutes, so it can be done without a break if desired.

The musical is community theater-friendly, featuring actors of all ages.  With the exception of Scrooge, no actor is asked to do “too much.” Parts, as indicated in our cast list, can and should be doubled.  Our production had 35 actors (13 adults, 12 teens, and 10 children), most of whom were non-professionals.

This adaptation adheres quite closely to the original novel.  Virtually all of the dialogue was written by Dickens.  We recommend the narrator speak in his or her natural, unaccented voice, as if reading a bedtime story. 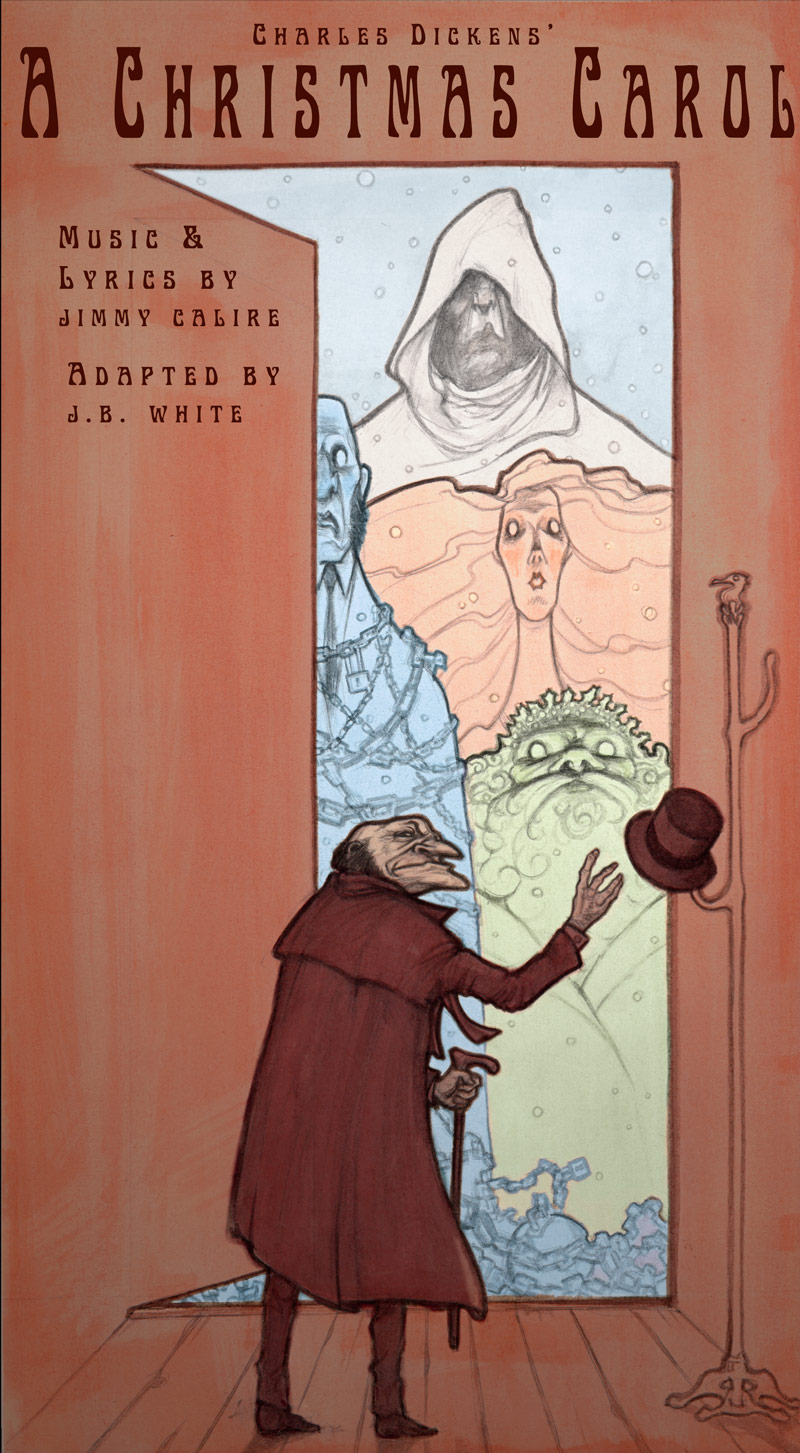